Hey Every Creative Endeavor readers! I’m Tam from Sew Dang Cute Crafts, and I’m so excited to be here today as part of Amanda’s “Fall Fever”! It’s been such a fun month so far seeing all the great projects and recipes.

I’m probably best known for the “Crafting with the Stars” competition (contestants just announced today BTW), but my blog is also full of tutorials and projects that are mostly DIY and sewing, however I do venture out of my comfort zone every now and then in other areas - even paper crafting.

A couple of weeks ago I was browsing through the Dollar Store and came across these pumpkins. 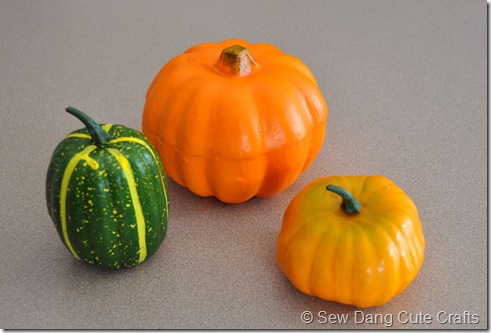 I remembered seeing some glitter pumpkins around, and I thought these would be perfect for transforming (not to mention inexpensive) 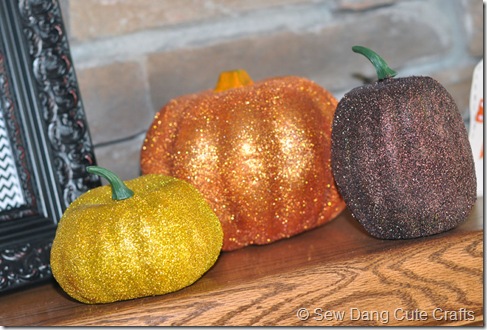 Much better, eh?
To start off with, tape off the stems. 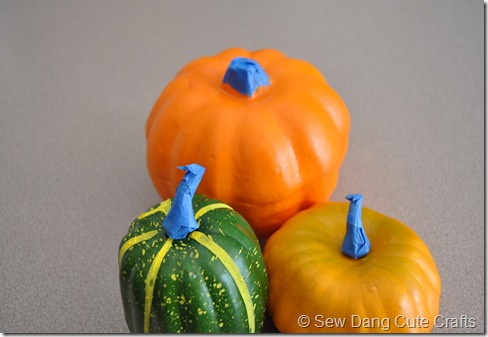 Then give a pumpkin a coat of spray adhesive. 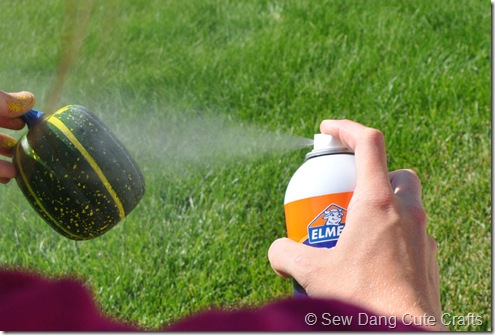 Then we tried a couple of different methods at this point (rolling the pumpkin in glitter, tapping, etc.), and we found that the best method was to put some glitter in a Ziploc bag, throw the spray-adhesived pumpkin in, and SHAKE, SHAKE, SHAKE! 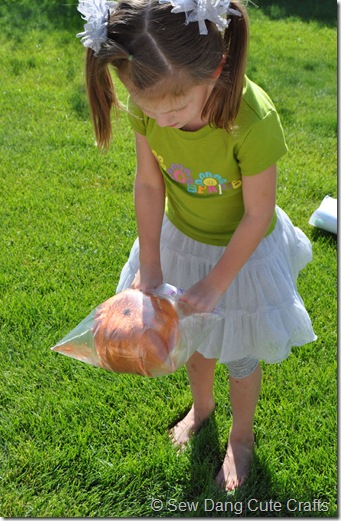 I used Martha Stewart glitter because that’s what I had on hand. Colors: Fire Opal, Yellow Barite, and Brownstone. 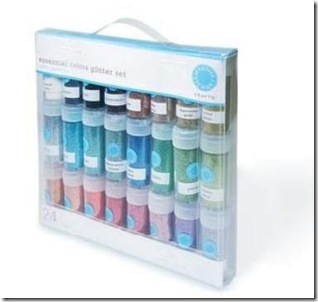 Of course shaking won’t cover the entire pumpkin perfectly, but it does get the majority. After it’s pretty much coated, take the pumpkin out of the bag and alternate spraying the adhesive with tapping glitter on areas where needed. Once it’s completely covered to your liking, spray the entire pumpkin with a clear coat to seal the glitter so it doesn’t flake off and get everyhwere. I used Krylon Crystal Clear.

Then go ahead and set them out. 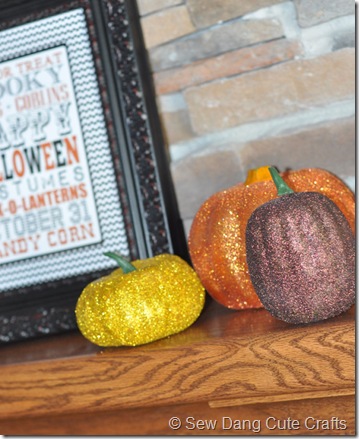 They go with my Halloween décor much better than the originals, don’t you think? 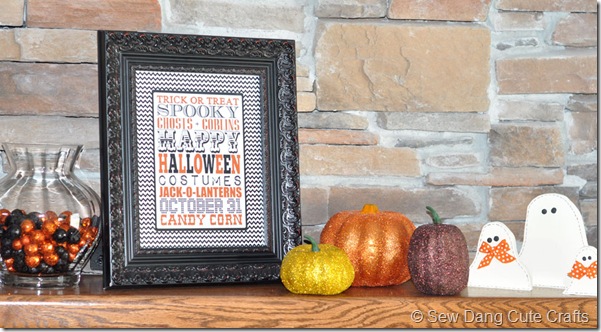 (Halloween subway art printable from Eighteen25)
Thanks for having me Amanda! I hope you all will come visit me over at Sew Dang Cute Crafts.
Happy Fall!!!

Sweet! I love glitter ANYTHING! so I am totally digging these!
The Crafty Cupboard is sharing her fun idea tomorrow!
Have you guys entered the $50 giveaway yet?
What are you waiting for! =)

Disclosure of Material Connection: I have received product or services that I have mentioned in some of my postings from the companies for free in hopes that I would review and mention the product/service on my blog. I only recommend products or services that I would or have used personally and know that my readers would enjoy. I am disclosing this in accordance with the Federal Trade Commission's 16 CFR, Part 255: "Guides Concerning the Use of Endorsements and Testmonials in Advertising."